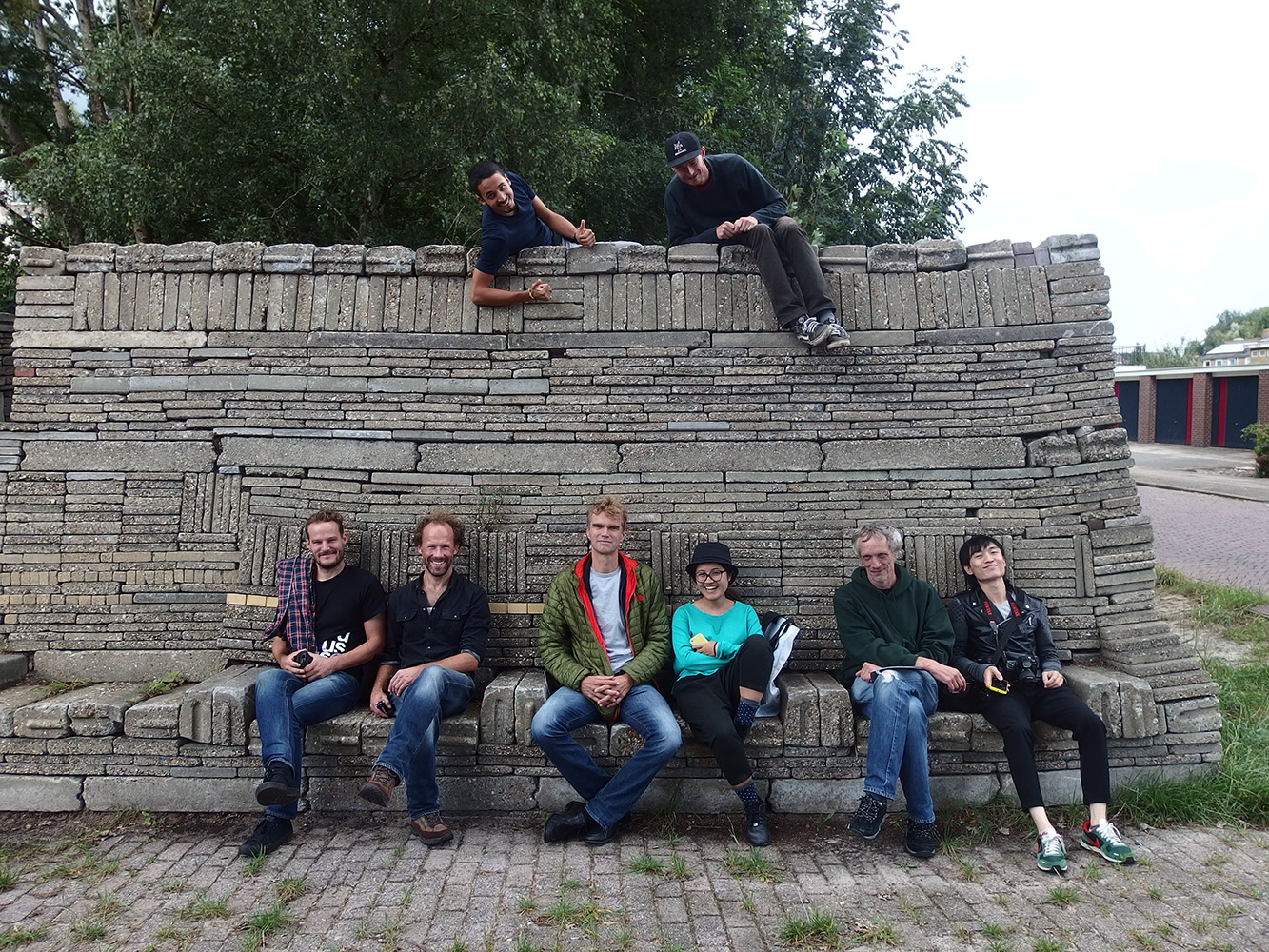 waterloopbos
Waterloopbos (waterworks forest), deserted and grown-over models of waterworks, us in front of wave-making machine 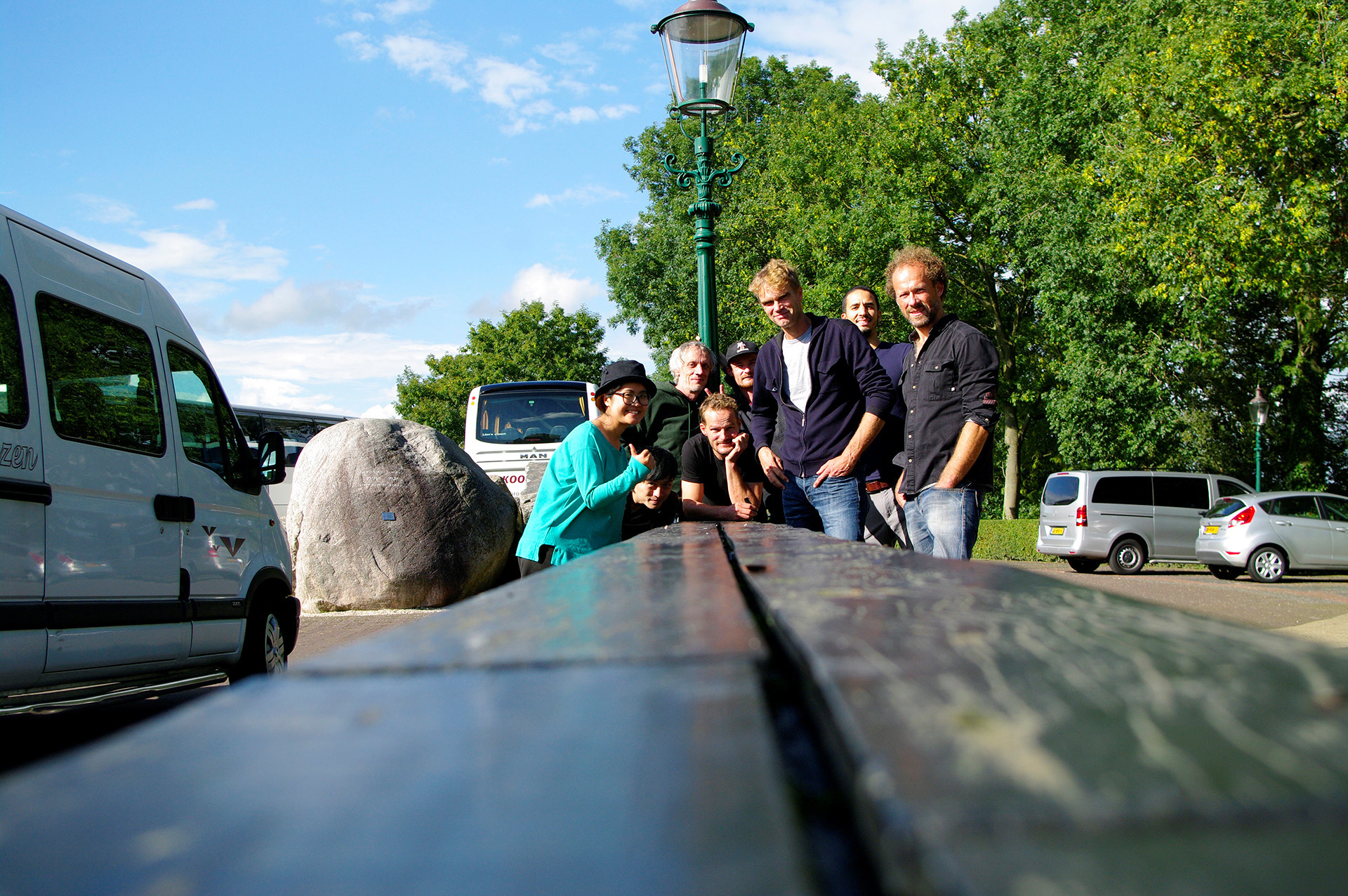 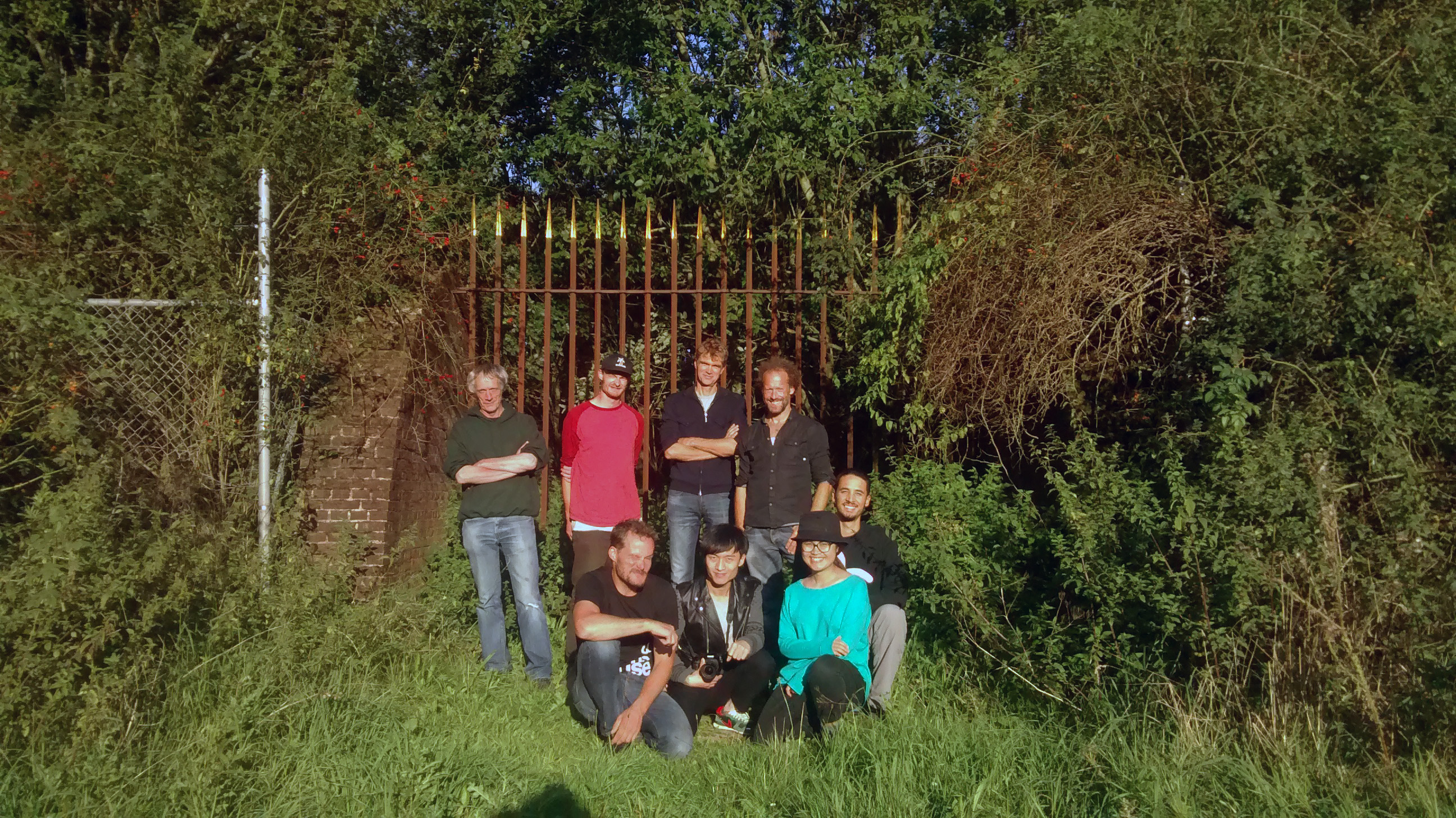 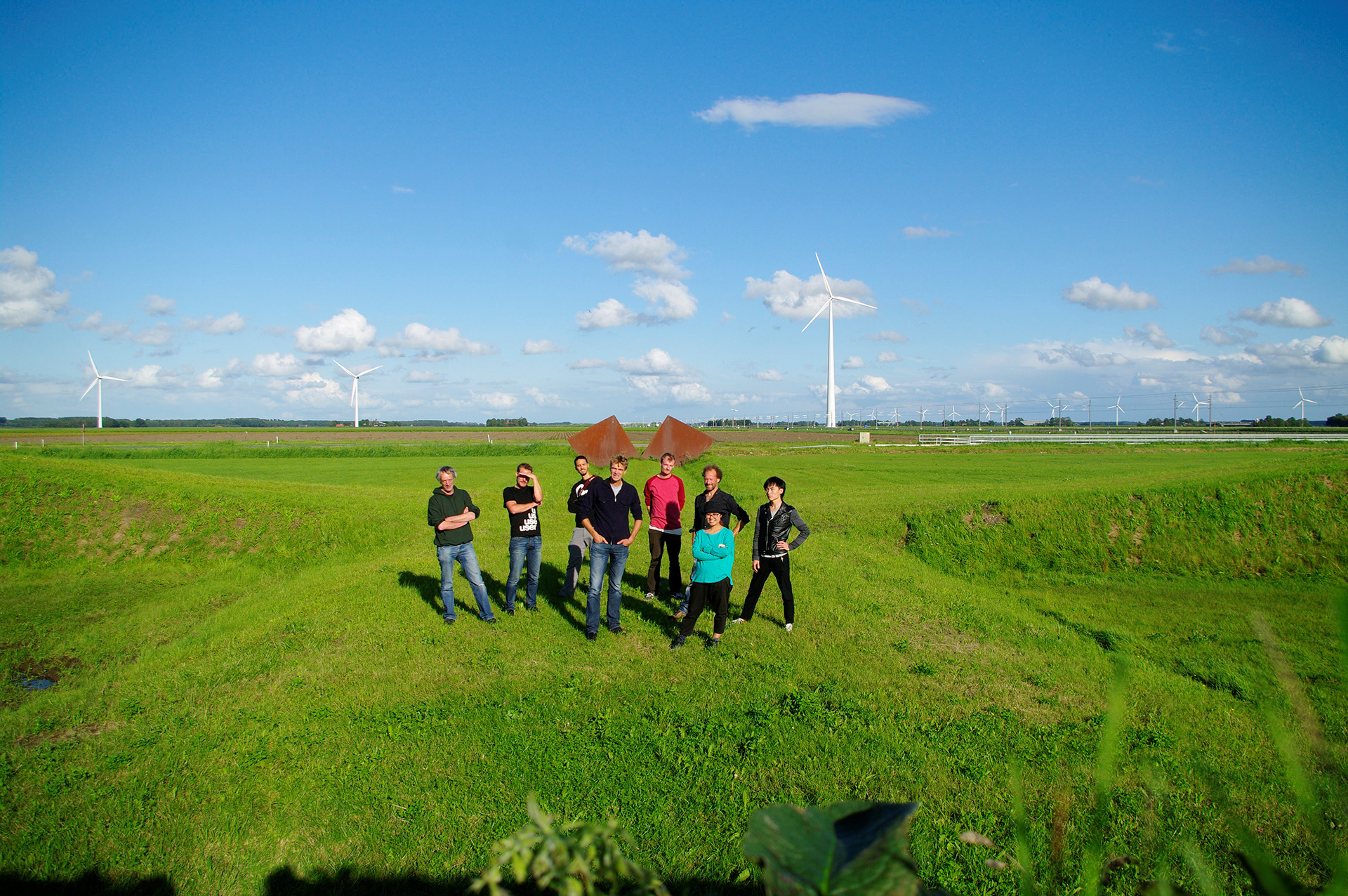 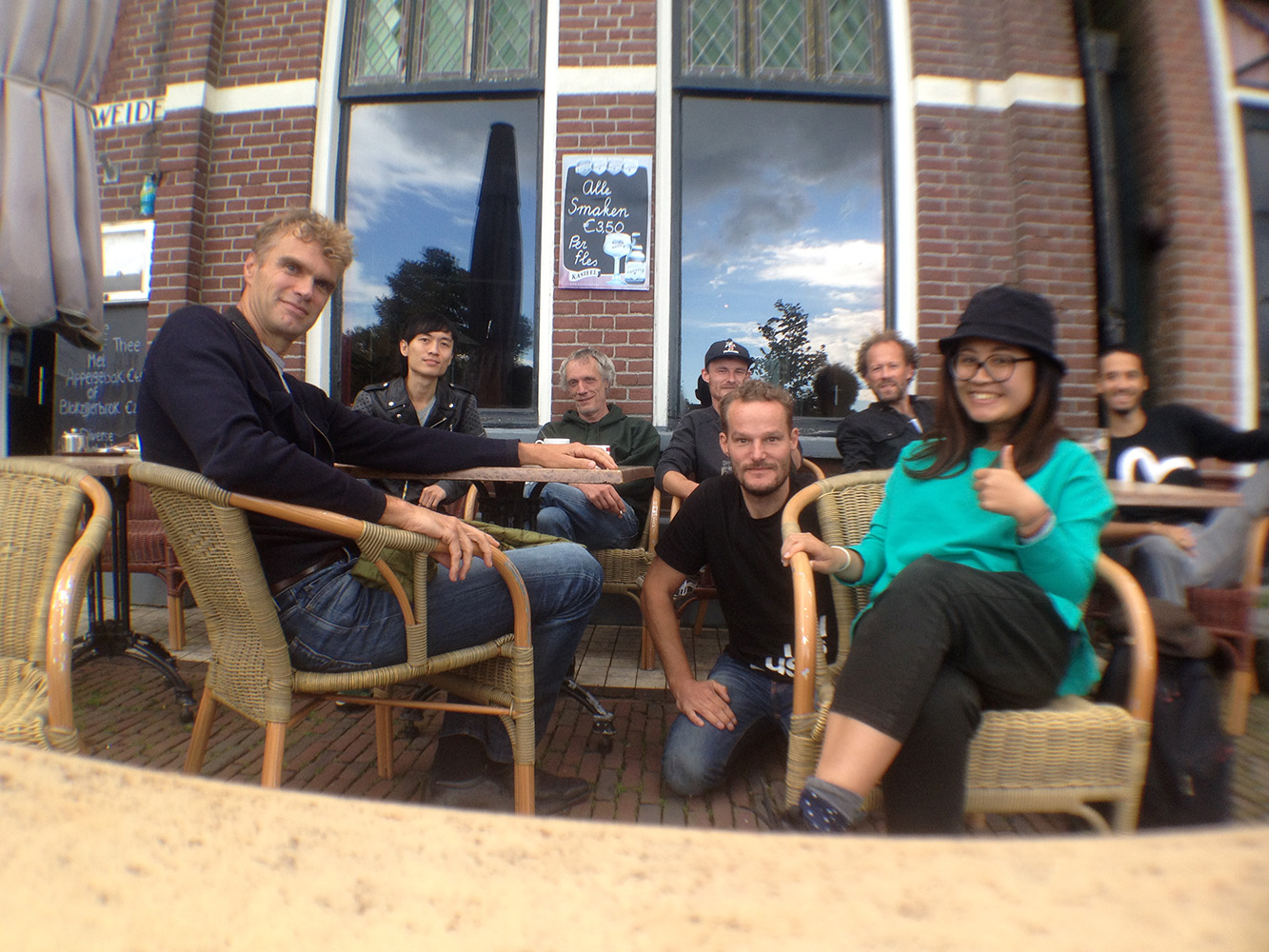 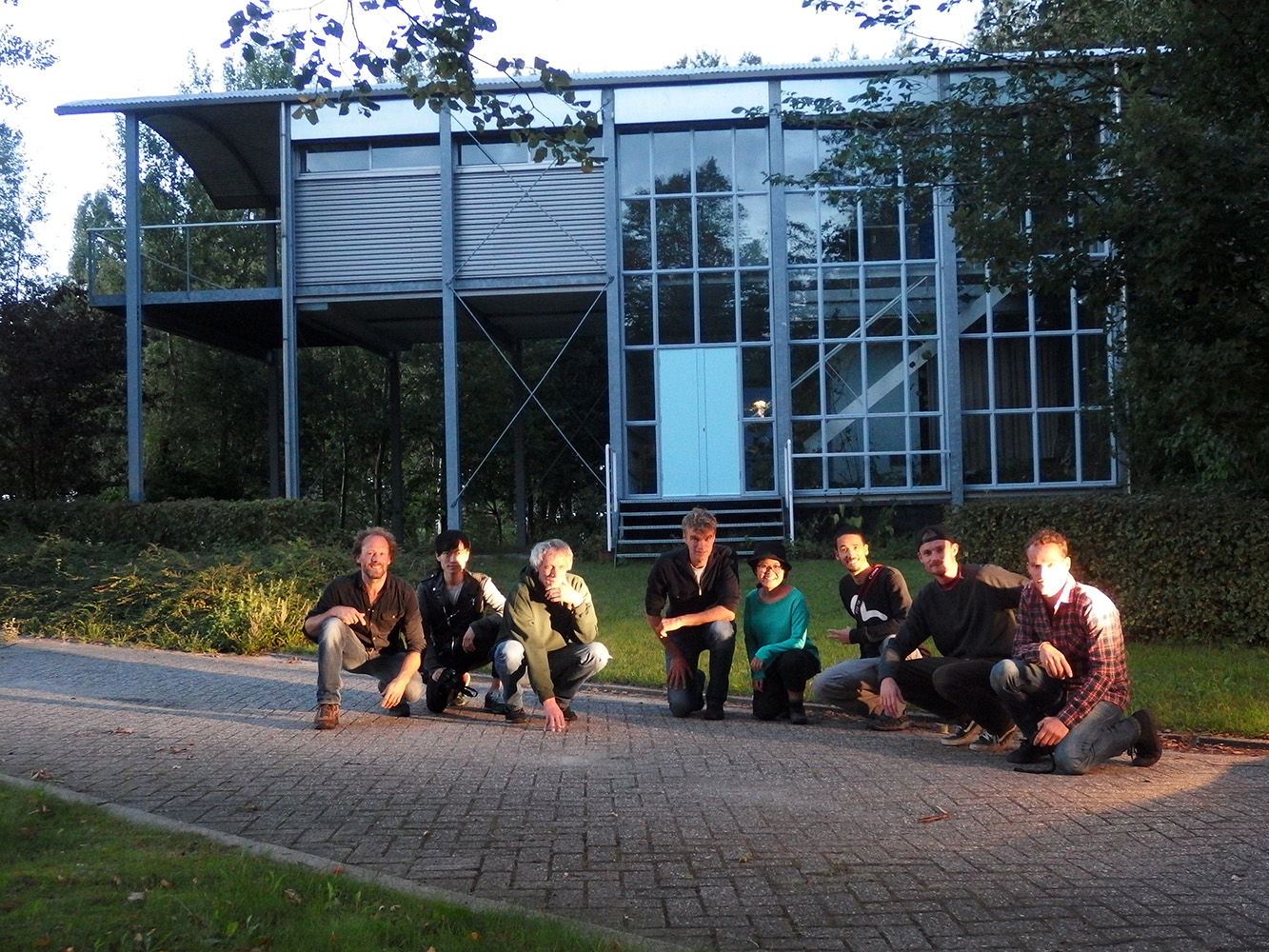 Last wednesday the combined teams of Stad in de Maak / City in the Making and de Natuurlijke Stad / The Natural City went on a field trip to Heerenveen and the Flevopolders.
In Heerenveen we visited the work of ‘Wild Gardener’ Louis le Roy; the one kilometer long strip of participatory nature-culture fusion at Kennedylaan, Heerenveen and the famous Ecokathedral in Mildam, which is planned to last at least until the year 3000 (“to begin with”, as a member of the Time Foundation explained).

In the Flevopolders, reclaimed from the sea, we visited the Waterloopbos, a deserted laboratory where waterworks of harbours, dams an sluices where being tested on scale models and where since nature has taken over. After that we went to Robert Morris Observatorium, one of the first pieces of Land Art in the Netherlands, or the world for that matter, and the Sanctuarium by herman de vries, a former Zero/Nul member who has enclosed a piece of land in order to let nature develop free from humen interaction. After 10 years it is already a wild piece of forest.

Inbetween we did some stopovers at historical sites and some architecture. And as a start of a new Social Media trend, and a reference to our collective way of working and thinking, we decided to not make selfies, but group photo’s (Groupies) instead.

some links if you want to know more:

Our co-travellers and collegues of De Natuurlijke Stad / The Natural City
www.natuurlijkestad.nl and their Facebook Page (like it!)

more info on ecokathedral:
http://ecokathedraal.nl/, mostly images
and http://www.stichtingtijd.nl/ on the many activities of De stichting Tijd / Time Foundation that spreads the ecokathedral philosophy.