From Thursday February 6th until Sunday 9th Rotterdam was under the spell of Rotterdam Art Week / Art Rotterdam. Almonde Boardinghouse took the opportunity to lift the roof in many of the houses and spaces in Almondestraat. During the day, the apartments of our street were transformed into the Not For Profit Art Party exhibition space (in collaboration with WORM). At night the ‘Party Everywhere’-party took over and many of the living spaces of our urban nomads were transformed into informal bars, pizza-places and meditation rooms. And , of course, at night visitors could sleep in one of the many rooms that were enhanced by the artists.

The Not For Profit Art Party showed work form about 50 different artists in many of the apartments of the boarding house. Representatives of several Rotterdam art institutions, like Bcademie and Printroom, as well as from national institutions and of course our in-house artists had their work on show. National newspaper de Volkskrant and online art magazine Jegens & Tevens gave us rave reviews (in Dutch only). For our boarding-house guests and fort he visiting art lovers a new reception lobby was officially opened. With their key guest were provided with essentials like a coffee mug, a tooth brush, banana body lotion and (on request) condoms. The spaces of Keju kitchen were transformed into a breakfast room / Karaoke Bar. Boarding-house host Flip also ran a bookshop. From now on the reception lobby and our nightclub Xbar will be a permanent part of our facilities. 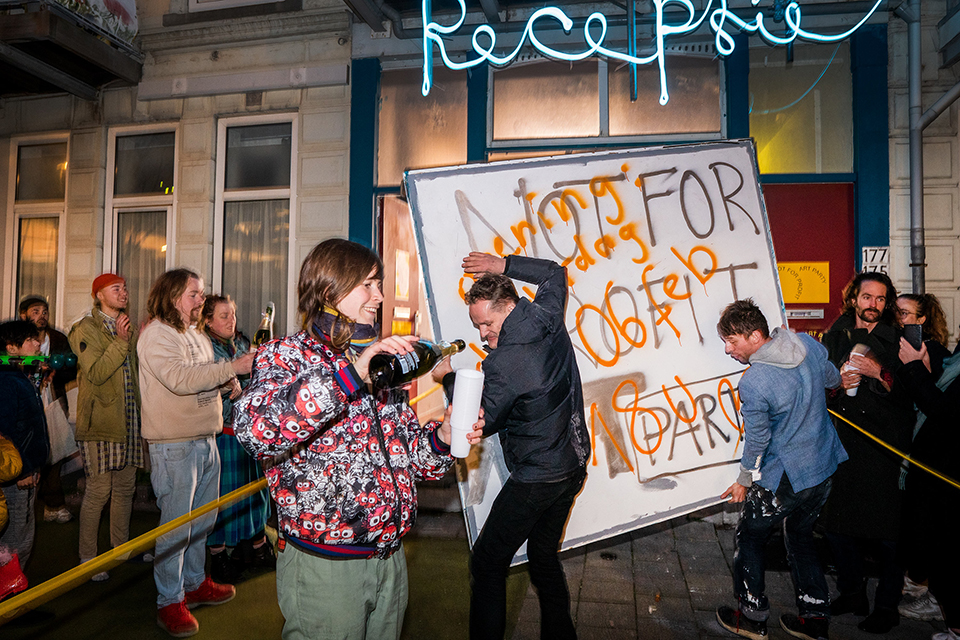 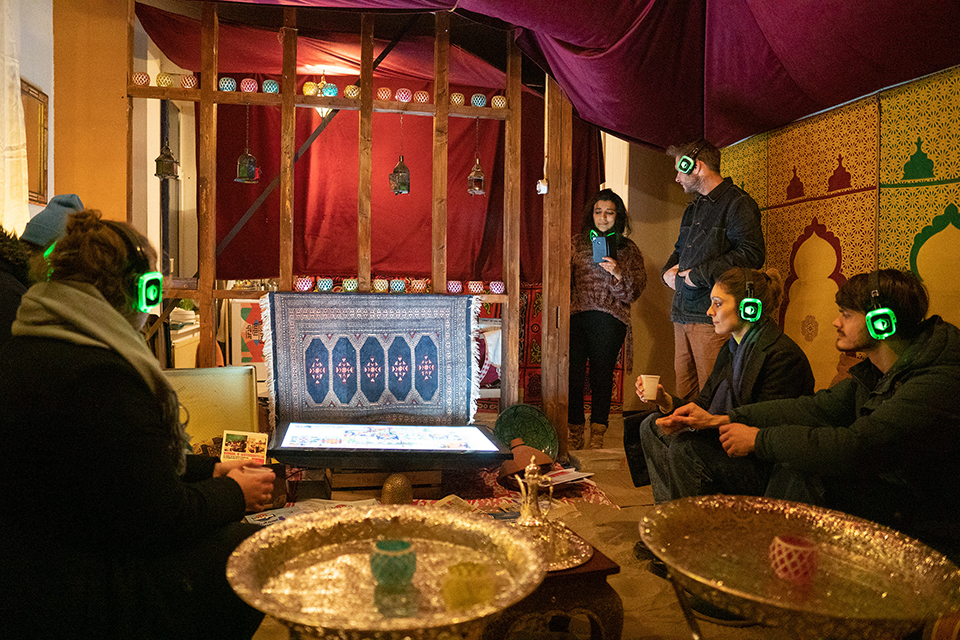 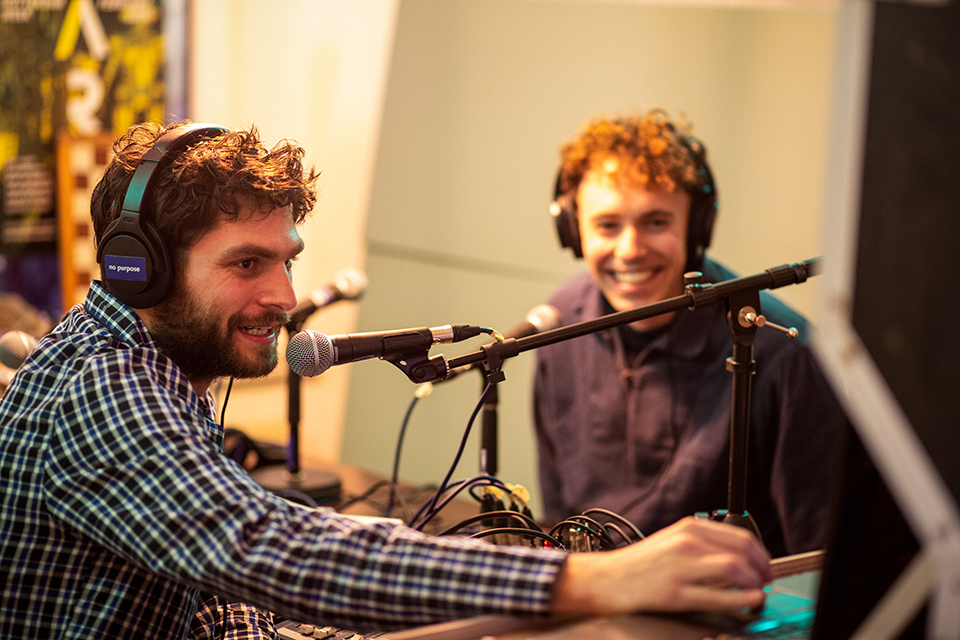 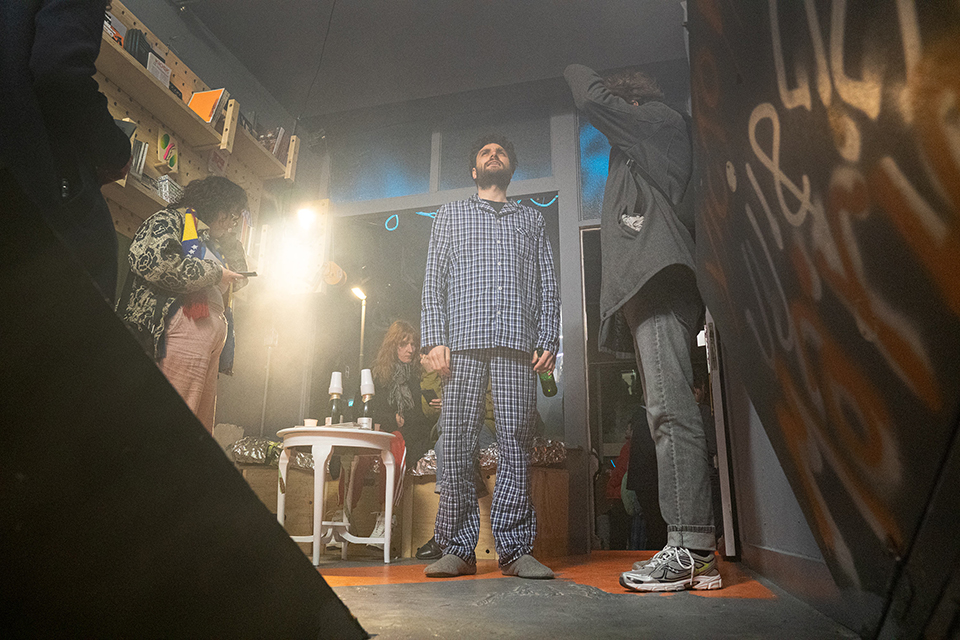 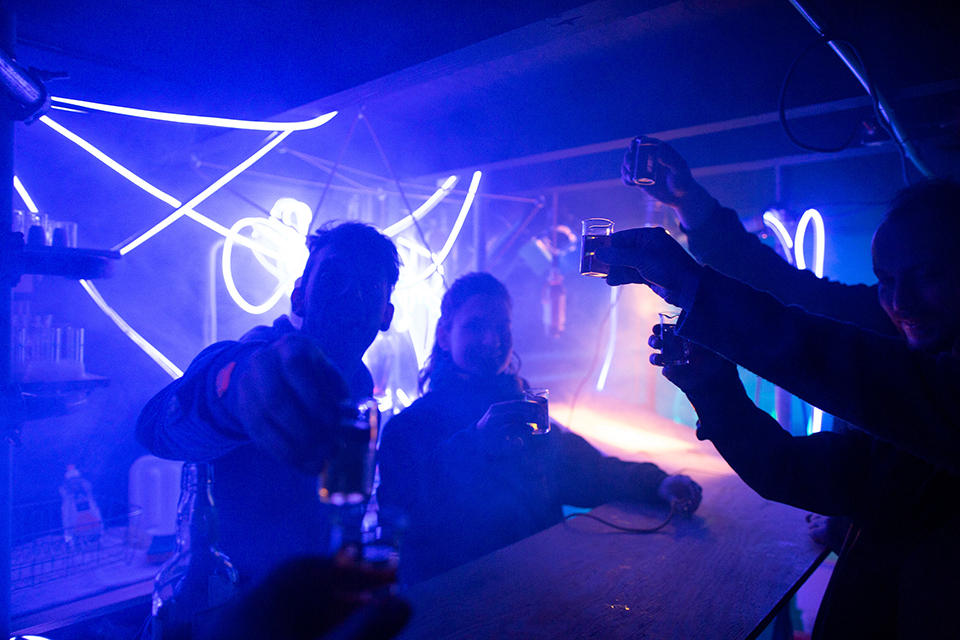 On Saturday night, the cellar of our reception lobby, the Xbar (both by Studio C.A.R.E.), was the venue for local punk-blues band Sociale Onrust as well a few DJ’s. That night may doors opened for self-organized bars and meeting spaces in the living rooms; a ginger bar / monkey-cage, a pizza and tattoo parlour (real pizza’s, real tattoos), Silent Disco in a Bedouin tent, poetry from the balcony, a tea ceremony at midnight an much more. It was the place to be in Rotterdam (as it will be for the coming months.) 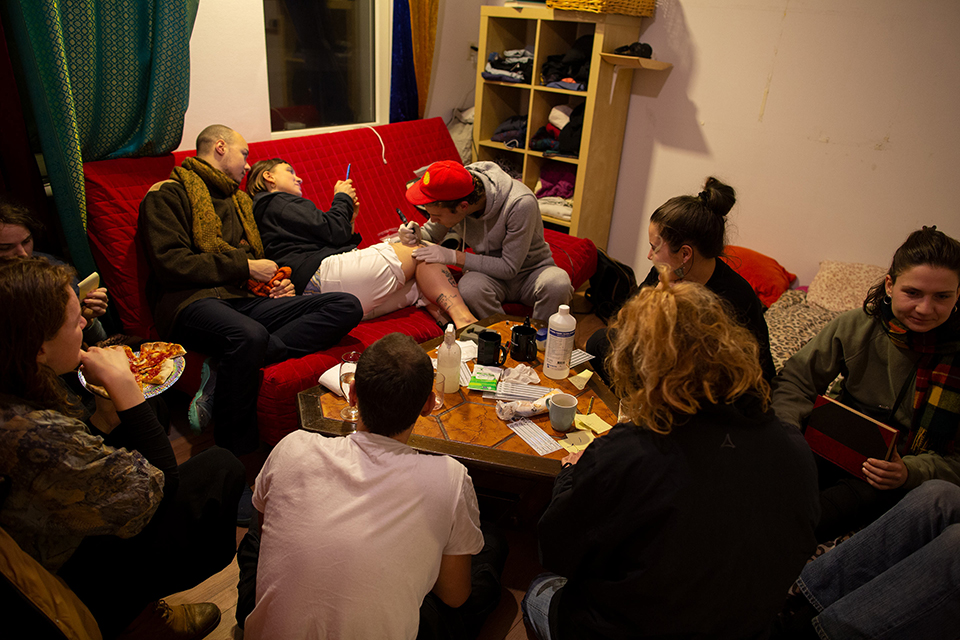 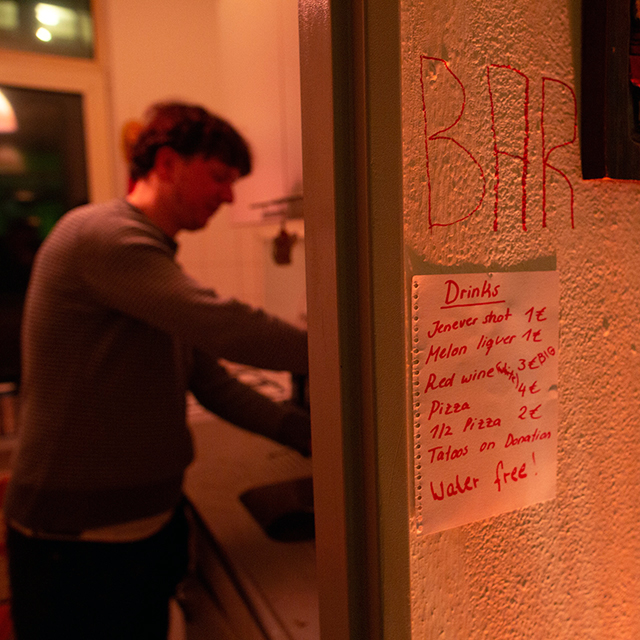 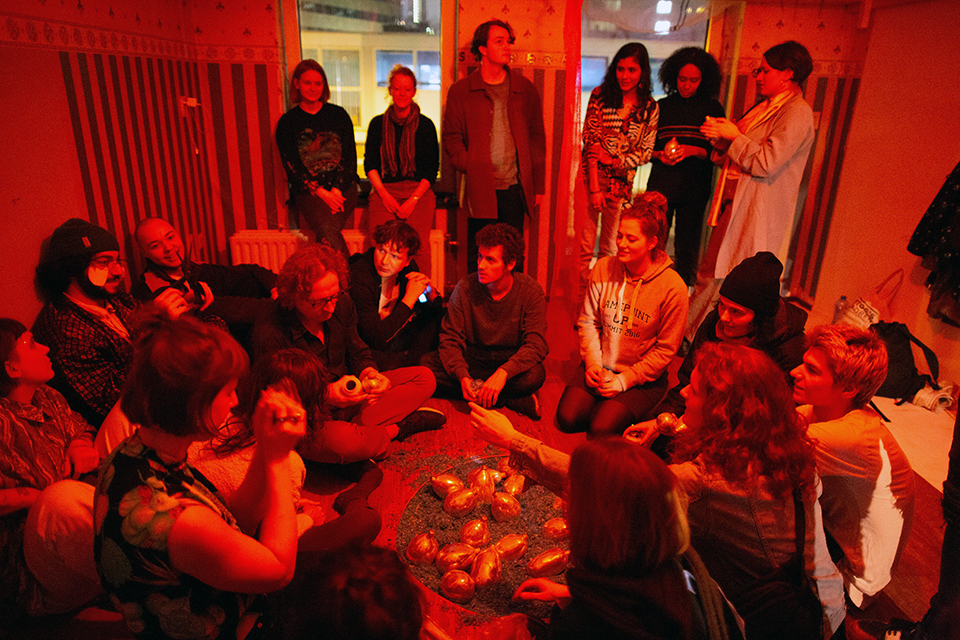 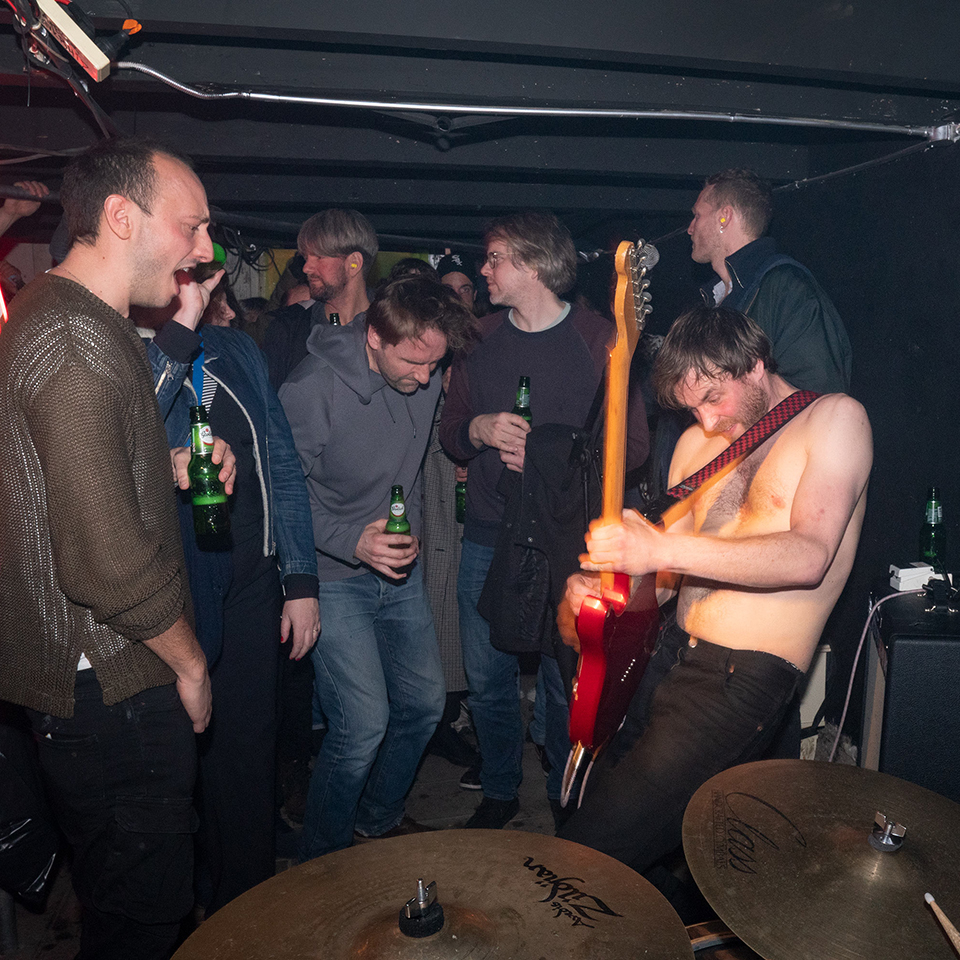